Cranab's products are manufactured in Vindeln, in the center of northern Sweden's great forests. Those who live here have learnt to know the forest and its conditions well. Therefore, every new product that we develop has generations of forestry experience behind it. Our closeness to the forest also makes it easy for us to inquire, listen and test.
We have access to two modern, well equipped factories and continuous cooperation with professional foresters of all kinds, who help us with our design and testing. This cooperation between the culture of forestry, modern technology and advanced development work, is the best guarantee that our products always meet the highest standards. Our staff work with advanced industrial handcraft. With 50 years of experience, we can meet the highest demands of forestry work. This is why we always say that our strength lies in the details. None of our products are complete without thorough testing. Our quality control is already aligned with future regulations and gives the customer lasting quality. 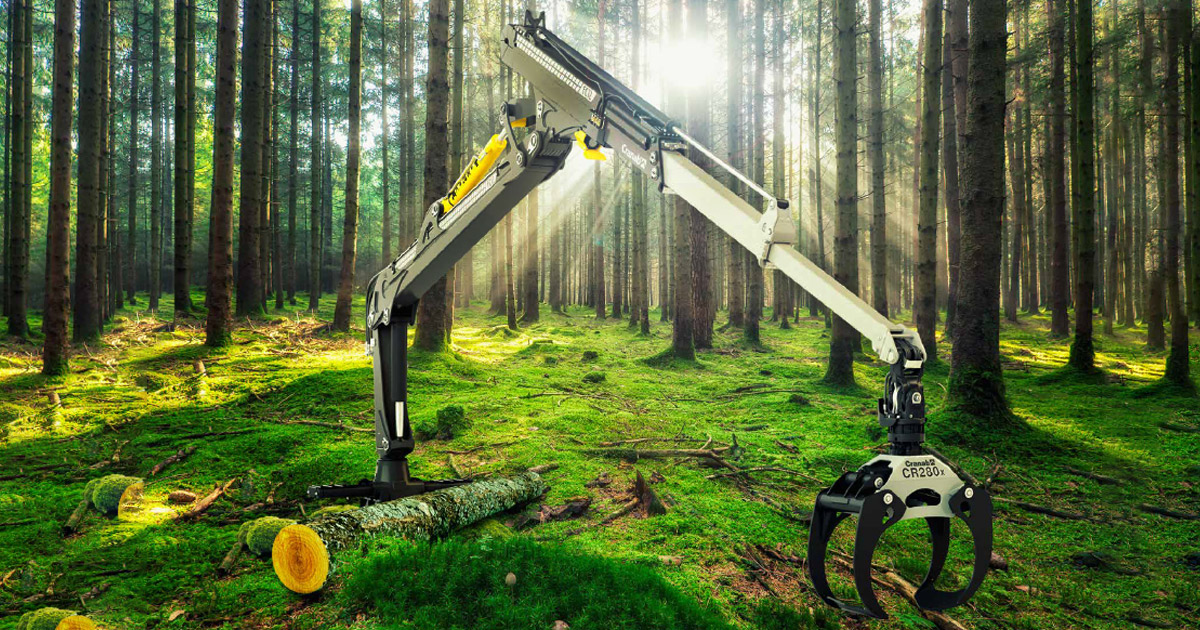 Cranab's products, cranes and crane-tip equipment for professional mechanised forestry have been designed, manufactured and sold since the early 60s. In addition to the Swedish home market, our products are sold in numerous countries around the world. Our long experience and the demand for reliable products has also resulted in business opportunities within recycling and salvage handling. 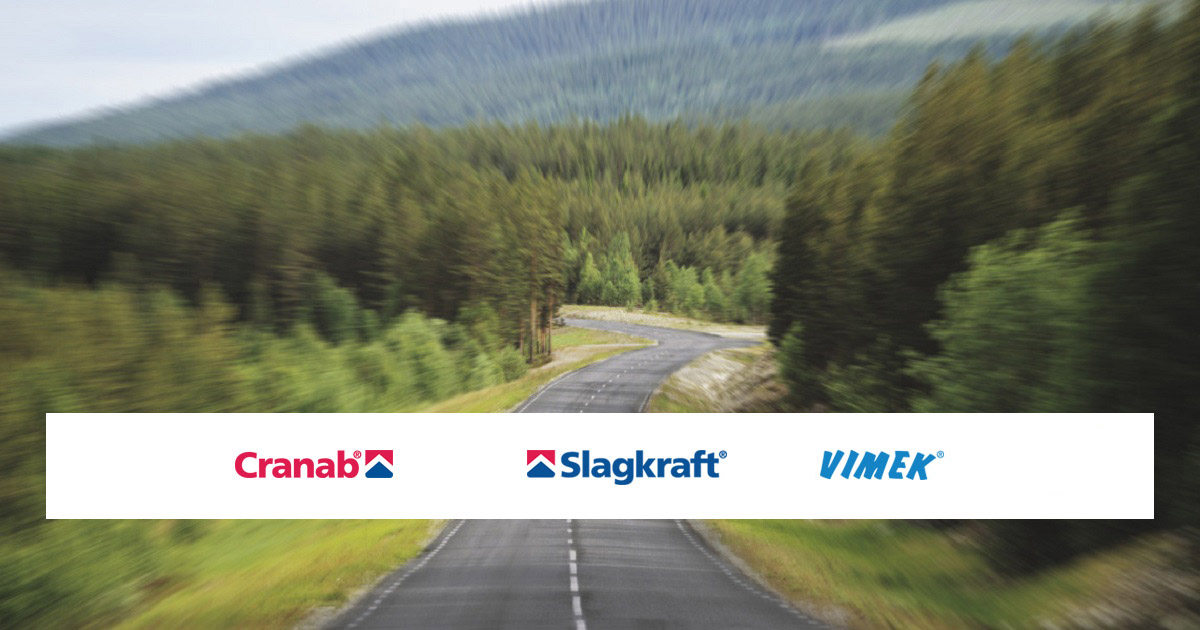 The Cranab Group is comprised of four brands that are now world leaders in their respective fields: Cranab, Slagkraft, Vimek and Bracke Forest. Our common success factor is that we offer the best technical solutions for forestry and road clearance work. Our products are characterised by environmental adaptation, quality and the promise to satisfy our customers’ demands for professionalism and efficiency. The Cranab Group’s vision is to become the world leader in the sustainable forest supply-chain, from seeding to final handling. 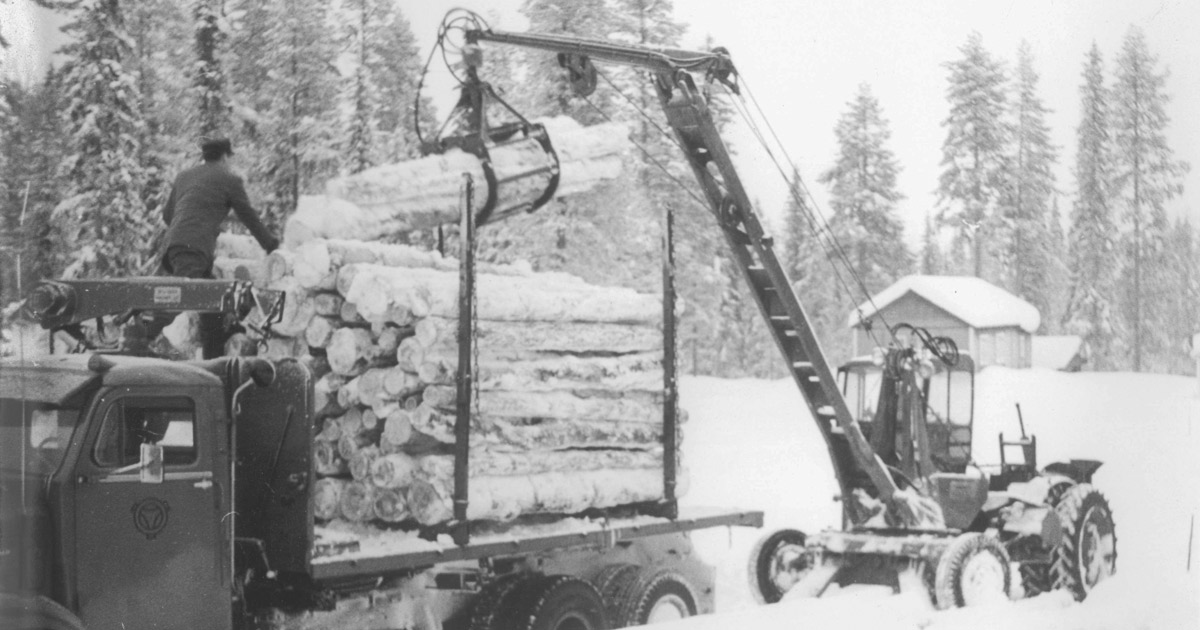 Cranab was founded in 1963 by the Jonsson brothers, Rune and Allan. However, the manufacture of cranes had begun earlier when the Jonsson brothers had started producing purpose-built ditching buckets for ABS excavators. In 1959, the Vindeln-based company ABS-service started to manufacture cranes for the forestry industry. The first cranes were very simple. They were comprised of a cylindrical pipe (the boom) that was lifted by a hydraulic tube. At the far end, there was a wire that served as a "capture line" for the timber. Between 1959 and 1960, seven such cranes were produced. In 1961, the cranes were developed so that the boom became foldable. The boom was also equipped with a grapple. However, this lacked a rotator and was controlled by wires. From 1961 to 1962, the company expanded rapidly.

The founding of Cranab AB

In 1963, the small-scale excavator service was brought to an end and it was decided to set up a crane company. Karl-Ragnar Åström bought Rune Jonsson's shares and Cranab AB was formed. The newly formed company continued to expand and, in 1964, the building of a new factory (Cranab 1) began. Completed in the following year, the factory occupied 625 m². Towards the end of the 1960s and at the start of the 1970s, Cranab was growing and developed new models. The SK3000, SK4000, SK5000, SK7000 and SK9000 were amongst these.

One year after being founded, Cranab started exporting. The first export, a hydraulic forestry crane with grapple loader, went to Finland. In 1967, the export market expanded outside the Nordic countries to include Yugoslavia and France. During the 1970's, Cranab represented around 85% of the Finnish market. Since then, Cranab has continued to expand and is now one of the world's largest crane and grapple manufacturers.

1978 - Cranab AB bought up by HIAB FOCO and manufacture of the first parallel boom crane begins.

2001 - The new CRF series is introduced and replaces the earlier off-road-programme.

2002 - Partek Corporation bought up by KONE.