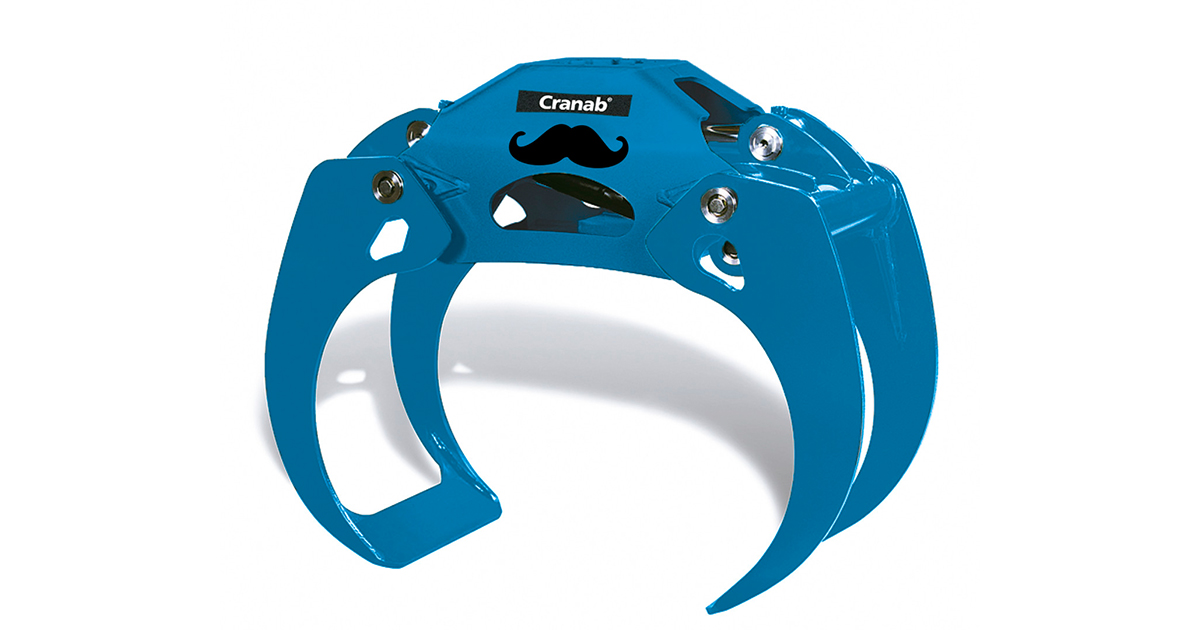 The company Cranab in Vindeln developed a unique blue-lacquered grapple with mustache that was auctioned in favour of the fight against prostate cancer. The auction took place at Entrepreneur's meeting in Lycksele, Sweden, and there was great interest.

"Prostate cancer is the most common cancer form in Sweden. Many in the forest sector, as well as many of our users are men who are in a risk zone of being affected or have been affected. Therefore, it feels very good that in this way we have been able to contribute to a better cancer care, research on prostate cancer and the possibility of saving more lives, "says Håkan Bergh, sales manager in Sweden.

Auctioned out at Entrepreneur's meeting

The grapple is the popular round wood grapple Cranab CR280 painted in blue and decorated with a mustache. The auction ended February 17 at the Entrepreneur's meeting in Lycksele, Sweden. The interest was great, and many were prepared to support the mustache campaign by placing a bid. The auction was finally won by Dahlqvist Skog AB from Östavall with a bid of 47000 SEK. Cranab donates all proceeds to the Prostate Cancer Association.